There are many people who make up the team of artists that bring a movie or television show to life.  Roles that typically come to mind might include costume designer, production designer or graphic designer. One crucial team member that may often be overlooked is the prop master. Prop masters are responsible for every single prop that is used throughout the production.  A prop is anything that is moveable on screen, such as a hat, utensils, books, or papers.  They are the items that actors interact with.  Consider the enormous quantity of props that can be utilized in just one scene in some films.

Prop masters bring the physical and tangible art to life that is essential to storytelling.  Who would Luke Skywalker be without his lightsaber or Charlie without his golden ticket? We explore the creative role of prop masters and their art behind the scenes. 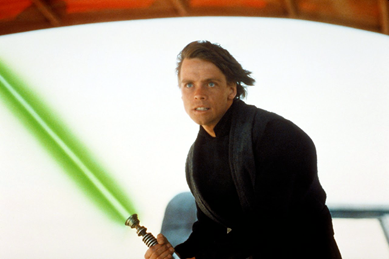 Luke Skywalker with his lightsaber in Star Wars. Via forcematerial.com.

The work of a prop master begins far in advance of the date that rehearsals or filming will start. The process will begin by meeting with the production designers and art directors to go over the script.  From there, they will be able to determine the necessary props in each scene for each actor. To keep organized, they will need to compile a comprehensive list of all elements.

An immense amount of research is necessary after these meetings and initial discussions. Prop masters must also have a complete mastery of the script and the story that is being told. The time period, location, culture and function of each item has an enormous impact on the final product. For example, a brand new book purchased from a store today will look vastly different from a book from the 1500’s. Researching and learning about these key pieces will ensure that each prop belongs in the scene.

An additional arm of the research process is for the actual items themselves.  Prop masters may work in conjunction with production buyers to find and review pieces that can be purchased. They have access to archives and files of what is potentially available and that would be a good fit. Once these options have been reviewed and vetted, the items that will be purchased are determined and acquired. 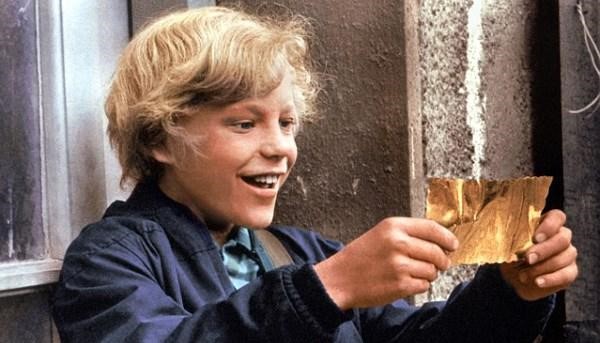 Charlie with his golden ticket in Willy Wonka and the Chocolate Factory.  Via roalddahl.fandom.com.

While many props are everyday items that are easily accessible, there are some that must be built.  These unique items are arguably what makes a movie or a particular scene so memorable. Think the hoverboard in Back to the Future Part II and Wilson in Cast Away. Or the game board in Jumanji and the golden snitch in Harry Potter. Even the Burn Book in Mean Girls and the red stapler in Office Space. These are all props that were made specifically for these films.

In order to get these unique items built, prop masters work with a team of people that can include carpenters, prop makers and other artists. Prop masters are responsible for overseeing and coordinating the build and completion of each piece. The design, material, finishes and coloring are all thoroughly specified. They are, themselves, also involved in the planning and designing of the props.

These pieces are the physical representation of items described in the script or from other art team members. Oftentimes, a drawing or sketch is provided of an initial idea, and the props can be built based on that. They can also receive feedback or descriptions from other art department team members or from someone such as the director. Prop masters also lead adaptations or evolutions from initial or planned designs. From ideation to visualization to final production, this process is an artists’ dream. The creative possibilities are nearly limitless. 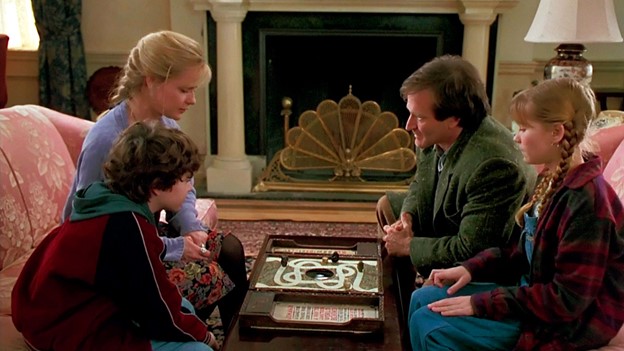 Robin Williams and Kirsten Dunst with the Jumanji board game in Jumanji. Via cosmopolitan.com

Prop masters are also on set during pre-production and shooting.  In meeting with the set dressers, they ensure that the props fit perfectly into the environment that was created. During shooting, they are responsible for the continuity and placement of the props in each take.  When working with the actors, they also discuss the handling and care of the props, as well as safety, if necessary. There are typically multiple versions or copies of props created in case of damage or overuse.  Prop masters can determine when a prop needs to be replaced or if maintenance is required.

Prop masters can also be responsible for another art form on set: food styling. If there is not a food stylist on a production, this falls to the prop master.  This is just one more extension and avenue in which to utilize and display their creative skills.

Harry Potter with the golden snitch in Harry Potter and the Sorcerer’s Stone. Via YouTube.

Although prop masters are present during filming, they don’t get to see the magic they created until the film or show is released. Alongside their team of artists, they have crafted pieces of art that will live on forever on film. As viewers, we may not give thorough thought to the props we see, but they are integral parts of each story. These creations are even items that we, as fans, purchase reproductions of because of their meanings. Prop masters create pieces that have profound and even everlasting effects on the lives of viewers. 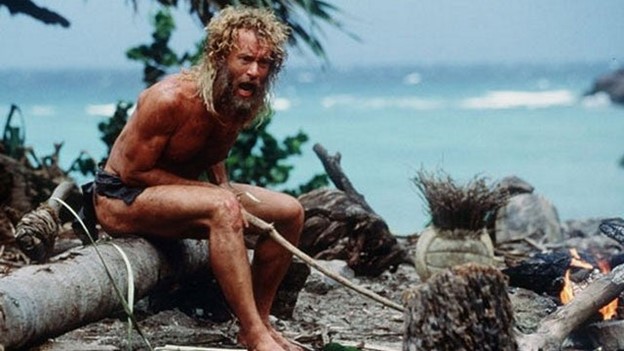 Tom Hanks with Wilson in Cast Away. Via etonline.com