When we watch our favorite films, television series, and video games, we often praise the magic of costume and set design. Our eyes are drawn to the visual aspects that bring these other worlds to life. We love to look back with fondness at the 80’s charm of Stranger Things or get an inside look at the life of royals in The Crown. What is not widely known to the viewer is that these elaborate sets and costumes initially began with concept art.

When it comes to designing characters and locations for visual media, concept art is arguably the most important step. It goes beyond the aesthetic alone; it can also communicate the overall tone and theme of the work. Without concept art, a film or television show is missing the crucial visual blueprint that will make it a success. 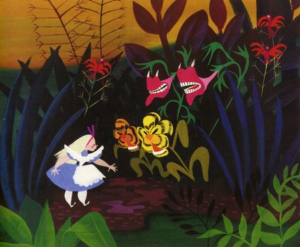 The bright colors and surreal imagery in Mary Blair’s concept art heavily influenced the final look of Alice in Wonderland. Via Disney.

The Power of a Visual Aid

In film and television, the script is considered to be an invaluable source of information for the production team. In video games, the game design document is the “bible” that the team constantly refers back to. Walt Disney Animation Studios recognized the power of concept art going as far back as the 1930’s; that there is something to be said about a picture that can convey a message without words. The concepts of artists such as Mary Blair and Marc Davis perfectly encapsulate the overall look of Disney’s most famous films. Blair’s Alice in Wonderland concept art, for example, set the whimsical, storybook feel that the movie is fondly remembered for.

Marc Davis went through several iterations of Maleficent before arriving at her iconic final design. Via Disney.

Concept art is often seen as the starting point of a production. Before it reaches the rest of the team, concept artists need to do their research and begin brainstorming. This is sometimes referred to as the “blue sky” phase, when the possibilities are as endless and limitless as the sky. As the artists approach their work from a multitude of angles, they rework and edit various drafts of their concept art; this is called iteration. Depending on the production, the concept artists may share their drafts with other members of the team to get their feedback. They then iterate again based on the critiques or direction given. This collaborative and refining process ensures that the strongest designs reach the entirety of the team, and eventually our screens. 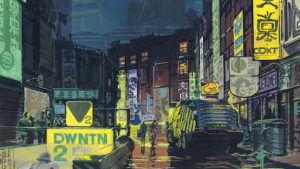 Some ideas and concepts can be difficult to convey, even with intricately detailed words and descriptions. How does one explain a vision of the futuristic Earth depicted in Blade Runner or capture the decadence of Queen Anne’s court in The Favourite? Concept art is the fastest, most cost-efficient way to convey a vision. This art fills in the gaps of our imaginations, and in doing so, gives us a glimpse of what could be. Successful concept art can take us on a brief journey to another world or time. Concept artists, therefore, have the power to not only solidify preliminary designs, but generate new and exciting ideas with the rest of the team. 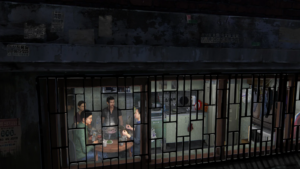 The concept art for Parasite shows the Kim family united at their table against the stark dirt and darkness of the building outside. Via Pinterest.

Art that Communicates a Story

Another way concept art assists teams in visualization is by providing important story and character details. The 2019 Korean film Parasite was highly praised for its dark yet comedic approach to class warfare. Early concept art for this movie helped establish key traits of the main characters with powerful imagery. The concept art introduced the production team to the Kim family who live in a squalid basement apartment. Despite the grimy outdoor walls and laundry drying on a light fixture, the family of four is united and eating a meal together. The film itself takes this concept art and expands on the ideas that it presents. Although the Kim family is poor, it is clear early on that they love and depend on each other as a family unit. Concept art that can transmit personal details about the characters reminds the team that every shot is important in the telling of the overall story.

Concept art from The Mandalorian previews exciting action scenes for the team. Via Twitter.

A concept artist knows how to create excitement for an upcoming project. Depending on the genre, this could mean focusing on important action sequences. Concept artists from the incredibly popular series The Mandalorian used concept art to help the team visualize and become enthusiastic about thrilling action sequences. Artists frequently put themselves in the shoes of the viewer and depict scenes that they would like to see played out on the big screen. In the case of The Mandalorian, the team of artists approached their vision from the perspective of the director while creating their concepts. They drafted scenes that would be fun and visually appealing for the director, in particular, to shoot. In this way, concept art can serve as a guide for CGI artists, stunt performers, and directors alike. 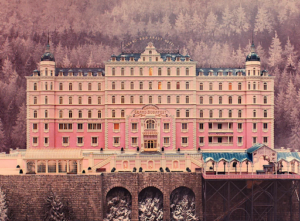 Over the years, entertainment media’s reliance on concept art has proven its vital importance. Concept artists are responsible for the difficult and crucial task of capturing the essence of an idea in visual form and bringing it to life. It is because of imaginative and creative concept art that fantastic ideas and worlds make it off of the pages, onto our screens and into our memories.

The Art of Figure Skating

Movies have the unique power to shine a light on stories, movements, or people that…

Over the past several years, there has been a reckoning in Hollywood over the lack…